So I was reading "A Man Without a Country" for the second time. There was this paragraph I loved and which I thought would be difficult to translate. Tried to find the best translation just as an exercise. I do that lately. When regular translation you do for the bacon does not feed your soul, you feed it otherwise.
This is the paragraph: 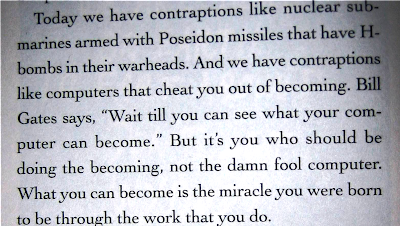 The "cheating you out of becoming" (and doing the becoming) is obviously the problem. The strangeness of language (deviation from the norm in Linguistics). So I have my trials out there in some notebook.
But I went to the library to find the Spanish translation, and I found both the Spanish and the Catalan.
Both of them communicated well the meaning. Not the strange language. But that's ok. It's been said before when dealing with literary translations: if you cannot translate a joke, a pun, at a specific point, you will make your own joke, pun, somewhere else to compensate. That's why translators have a copyright. Because we have to create, and you will never find two translations that are alike.

When I opened the Catalan version at the illustration index I spotted a title that I knew was wrong. It was. Very. And I knew because the first sentence of a Vonnegut's "confetti" did not sound like any Vonnegut I had read before. It was a misinterpretation of the words "I don't know about you" (which meant in this case, "I don't know what you do -referring to the religion of practise; while it was interpreted as "I'm not sure I like you", which the original phrase can be in the right context, but definitely not this one.)

So I thought I'd never recommend that Catalan version to my friends, who can all read Spanish. But then I took both books home and was browsing them at night, in bed. I read books in bed, not the most comfortable place, but the one that works for me.

And I realized the Catalan version had good things, the Spanish another not so good... (only the Catalan translator was unlucky enough that the worst mistake was most visible).

So anyway, you know, we are humans.

But I'd like to copy here the two images of both translations for the sake of a friend who asked me. My translation could be between one or the other (but none of them), I could have tried to attain the strangeness of language but maybe that would have compromised the meaning. But I know what I would do differently: the "cheat you out of becoming". See last paragraph in this post. 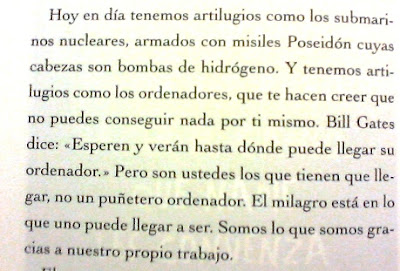 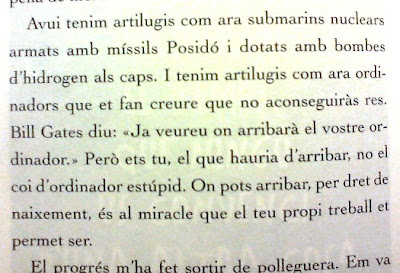 The sentence "cheat you out of becoming" means, in my opinion, something more like "te hacen creer que no tienes que -no hace falta- conseguir nada por ti mismo". It is not that they make you think you cannot accomplish things (as both translations put it), but they make you think you don't have the obligation to become. So I should give an option in Spanish or Catalan to express this, and I must say that both translations are quality and get the basic meaning across. Maybe another way would be "te convencen de que..." or "fan que pensis que...". I mean, "cheat you out of" means that you don't even realize it but it happens. And "te hacen creer", etc. meant that, but I think the cheating is still more subtle (and vile) than just "make someone believe" because computers do not have arguments to make you change your mind, they make you think you don't need to accomplish anything by just existing. That's true "cheating" in my opinion.
And I do not say it as a criticism of the translation, I was just centered on the English source that is so away from a clear-cut translation into Spanish or Catalan.
:)

I won't cite the source of a bad translation I found of these eight rules from Kurt Vonnegut's preface to Bagombo Snuff Box: Uncollected Short Fiction.

I haven't found the book translated into Spanish, so it must be the translation of a specific blogger. Here is where the original text can be found (aside from the book itself, of course). And the translation I found was:

Aside from stylistic matters or your choice of a more or less literal translation, the three highlighted phrases have been totally misunderstood by this person.

Ok, this person is not a professional translator and so it is understandable that he/she did her best and either read too fast or does not know this couple of expressions ("so to speak, to heck with"). But I wanted to try my own translation, also made for pleasure and not for business, in which I have corrected those two actual mistakes and then I have changed other stuff for stylistic reasons.

Also, "to reveal character" in point 4, has been translated as if it were "to reveal a character", but I think in this case "character" is not "personaje" but the traits of that characater. So my translation would read something like: "reveal something about a character/add traits to a character".

Another important thing that was not included in that blog is the final sentence by Vonnegut, in which he discounts the value of the rules except the first one. Which is a very interesting point and a very Vonnegut thing.

So here is my translation, with no fake title and with the final comment: 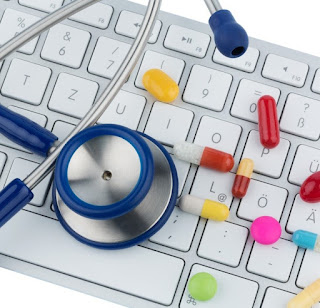